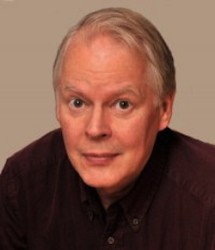 Craig Richardson is a retired software engineer with a longstanding interest in education and the arts. As an undergraduate at the Massachusetts Institute of Technology, he volunteered at the Museum of Science in Boston, where he developed concepts for new exhibits. After receiving his degree in Electrical Engineering and Computer Science, he developed computer-assisted instructional programs for medical students and doctors at Massachusetts General Hospital. His career in software engineering has included database projects at Digital Equipment and Wang Laboratories, and work on Internet firewalls at Symantec, where he taught courses in secure programming methods. He has been a volunteer for Destination Imagination for many years, and has been an Appraiser, a Team Manager, a Tournament Director, and a Challenge writer. 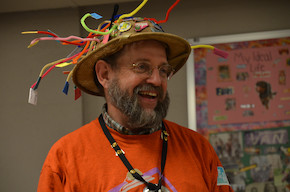 Richard Haskins is a retired engineer with a varied software/hardware experience. He has an Electrical Engineering degree from WPI, but has primarily worked between the engineers doing electrical engineering, and the end-users of computer systems. His career has included positions at Digital Equipment Corporation, at a small dot-COM IT company in the Netherlands, and as a hardware/software consultant for CR Bard Bard Electrophysiology group, which was eventually acquired by Boston Scientific. He was responsible for troubleshooting systems for Boston Scientific, and worked with R&D teams to identify service and sustainability issues, while teaching the world-wide field service community about the support and maintenance of medical devices. Ric became very adept and enjoyed teaching adults throughout the world about technology and methodologies that the medical community requires.

Ric began his exposure to the New Hampshire Destination Imagination community as an Prep Area Appraiser for the Structure Challenge. He has offered his services and skills and passion to that community, and has been a Regional Challenge Master, an Affiliate Challenge Master (for 10+ years), a member of the Board of Directors (about 8 years), and was lucky enough to be invited to serve as an volunteer at the Global competition for ten years.

Ric has a strong passion in investing in what he calls social capital. He believes that we all need to contribute our energies into the communities that we enjoy and derive benefit. To that end, he has served as the Town of Hancock Town Moderator for 16+ years, and has served other charitable organizations (“Minis On Top” and the “Hancock Depot Association”) prior to accepting his board position with NHICC.

Though employment in academia was not her intended career goal, Kayla has been fortunate to call SNHU home for the last 6 years. A life-long New Englander, she comes to the board with almost 15 years of experience in the field of social work in a variety of settings, including public education and family services. All of Kayla’s professional experiences involve supporting youth and adults at pivotal points in their lives, and trying to promote growth and change at both individual and institutional levels.

Kayla shares space with an 13 year old agility award-winning Border collie, two comical children whose daily fruit intake is draining her life savings, and her quick-witted partner of 14 years. Kayla’s current life goals include attending a weekend gymnastic camp for adults, reading one of the several books collecting dust on her night stand, and perhaps beginning a PhD program.

Kayla received her Bachelor in Arts from Lasell College in 1998, and her Master of Social Work from Boston University in 2007.

Bernadette is a veteran teacher of mathematics who is spending her retirement (surprise!) teaching middle school math part-time at a local Catholic school. She has been involved in creative problem solving for nearly 30 years, ever since her then 4th-grade daughter said, “I think this would be fun!” Bernadette has been a DI parent, grandparent, team manager, committee member, team manager trainer, and now is the DI co-coordinator for her school. She has a Master’s degree from Antioch University New England in Curriculum and Instruction, and currently is co-chair of the NH-DI Education and Training Committee. 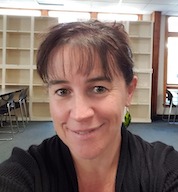 Lissa Winrow became involved with the NH-DI program more than 14 years ago, when her son joined a Rising Stars team, which needed a manager. With two children in the program, each for 12 years, Lissa has seen the benefits that DI continues to bring to them, and hopes to make a similar impact on the lives of children for years to come. Over the years, she has had the privilege of supporting 22 creative student teams as a Team Manager and has also volunteered as Coordinator for the Goffstown School District DI program for more than 10 years. Lissa is passionate about working to provide educational programs and tools that help students reach new levels of creativity, knowledge, and confidence. In addition to educational volunteer work, Lissa has a background in business product management, accounting and finance and holds a Bachelor’s Degree in Business Administration from the University of Massachusetts Lowell and a Master’s of Science in Finance from Bentley University. 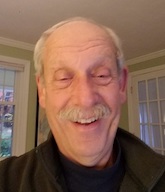 Steve Greenwood is a retired software engineer, and one of NH-DI’s longest serving volunteers. During the years he has been with NHICC, he has been board chair, treasurer, and secretary.

Steve currently co-chairs our Appraiser and Information Technology committees, and is also a member of the NH-DI Program Board and the Education and Training Committee.

Steve developed the NH-DI Online system that we team and volunteer registration system, and has continued to maintain and enhance it. He has also worked with Destination Imagination’s IT to create the DI Resource Area and Global Finals registration system.

Wren Hayes was a participant from first grade until her senior year of high school. She went to states just about every year, Globals one year, and those friends she made in DI continue to be some of her greatest confidantes today. Her senior project in high school was how to be a strong leader by building group dynamics…and for that, she managed a team while also being on a team.

Wren majored in Public Policy of Education and Sociology. She loves knowing why people do what they do. From there, she went to school to learn about Montessori Education, then completed her Masters In Teaching for Secondary Education.

Wren taught in traditional public elementary, middle and high schools, followed by an online charter school in New Hampshire. As she began to see how the Internet was going to change education, she went back to school for a certificate in Instructional Design, learning to move in-person education into an online format in a creative and interesting way.

After completing her CAGS in School Leadership, Wren opened her own independent school. She now runs a project-based, hands-on school in Exeter, NH with about 100 students and a dozen staff members. 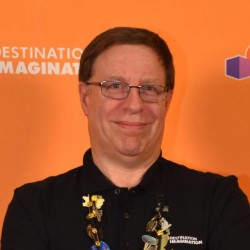 Wayne has been a Team Manager, Appraiser and, as a member of the Board of Directors is responsible for marketing, social and online content for NHICC, including much of the NH-DI photography. He launched social media for Destination Imagination, Inc. and currently volunteers as the photography team lead for Global Finals. Wayne leads the IDC research in the collaboration, social media and experiential practices helping global companies adjust to Digital Transformation. Wayne is an adjunct educator with the University of Tennessee, has writes on social media, analytics, and disruptive technologies – and loves the shiny toys of technology. 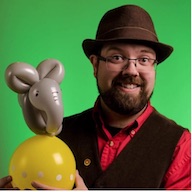 Wayne is a Portsmouth local, born and raised. As the STEAM coordinator for a local youth nonprofit, he has mentored many Seacoast youth as part of Robotics and Destination Imagination teams.

For over 16 years, Wayne has been an educator and mentor to youth on the Seacoast. He has created and implemented curriculum aligned STEAM programs at Seacoast schools, along with leading award-winning FIRST robotics and Destination Imagination teams.

Wayne and his wife, Kali, own and operate Sages Entertainment, which was originally a small business that incorporated high-quality, hands-on entertainment services to build community and share happiness as magicians, balloon artists, bubble creators, scientists, storytellers, and educators. Their portfolio of services has since expanded to integrate STEAM-based educational programming. The hope is to eventually build a network of programs to allow people of all ages to learn 21st-century skills, increase their confidence, and be creative.

Frank Phillips is the director of the Defense Systems Engineering Organization at BAE. He holds a bachelor’s degree in Computer Science from Rensselaer Polytechnic Institute.

Frank has over 28 years’ experience leading, developing and supporting Electronic Systems programs and pursuits at BAE Systems and legacy companies.

Frank has also served as the District Chairman for the Daniel Webster Council of the BSA. He also supports his daughter’s Special Olympics team in Merrimack as a coach and her Challenger Baseball team in Nashua.

He is married to Nanci Phillips and they have two children: Morgan, a “Super Senior” at Merrimack High, and Matthew, a freshman at UNH. His hobbies include his family, and with the remaining time he enjoys computers, computer games, remote control airplanes and drones.

Jill Schoonmaker has been involved in education and creative endeavors with children for over 35 years. She holds a BA from Mt. Holyoke College and a MEd from the University of Washington, and has taught in school districts in both New Hampshire and Maine as an educator of the gifted and talented. Jill has also served many roles in the Destination Imagination program: a proud parent, a Team Manager, a school coordinator, a Regional Director, a trainer of Team Managers and Appraisers, an Affiliate Director, an Executive Director (24-ish years), a merchandise coordinator, a tournament lunch-organizer, a camp director, a camp challenge writer, an Instant Challenge writer, and just about any other job that needed doing!

Jill is excited to have been nominated to the Board for a three-year term and looks forward to furthering the scope and reach of the organization that has been and continues to be her passion. Jill’s first role for the NHICC Board will be developing an IDEA task force. She is looking forward to applying her enthusiasm and vast knowledge of past programs to create new programming and opportunities for students and other learners, so they hone their skills, prepare for the workforce, expand their creativity, and work cooperatively with others.

Ellie Stetson is proud to be a teacher. As a teacher, she loves to see that our children and youth are excited about learning, happy, and successful. She supports their sense of wonder, curiosity and inquisitiveness as life-long learners. She is a graduate of Colby College with a major in Mathematics and has a Master’s Degree in Curriculum and Instruction. Recently retired, Ellie is now supervising student teachers from Southern New Hampshire University. Ellie has been involved in Creative Problem Solving and New Hampshire Destination Imagination for more than 15 years as a Team Manager, school and district coordinator, Appraiser, Regional and State Challenge Master, and a member of the Board of Directors. She is currently serving as the chair of the Appraiser Committee, and is a member of the Education and Training Committee.